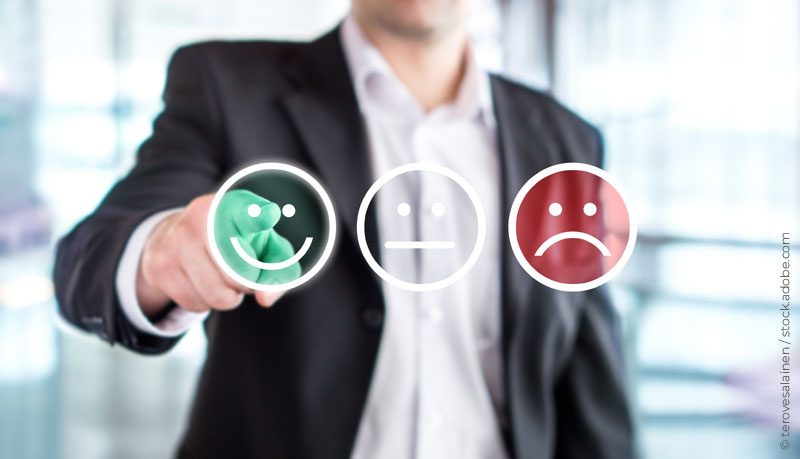 Feedback and Feedforward – Looking to a positive future

Looking to a positive future instead of dwelling on mistakes

Feedback is a great way to give people an evaluation on perceived behavior. If the “feedback rules” are followed by both sides, it is a wonderful tool that can constructively defuse conflicts and enable development.

The feedback rules include a factual description of the perception, the effect of the behavior on me as the feedback giver, and impulses for improving the behavior from the feedback giver to the feedback receiver. An appreciative attitude on the part of the person giving the feedback is a basic prerequisite. Positive aspects in the feedback are crucial so that it can be accepted in its entirety. Otherwise, the reptilian brain (in English much more charming: “Crocodile Brain” or “Croc Brain” for short) immediately goes on the attack or defense. This is because before a thought impulse is even received, it must first pass through this brain stem. Here, there are basically two questions to answer before the impulse is even allowed to pass through and be processed further: “Is this a danger to me?” and “Can I eat this?” The Croc Brain does not know any other questions. If I can’t eat it (recognition/appreciation) and then it is also dangerous to me (criticism), the impulse will not be passed on and will not lead to the desired change. Feedback becomes a resounding slap in the face.

But feedback is a gift. The person receiving the feedback decides whether he/she wants to accept the gift – or not. The gift should therefore be attractive, both in its packaging and in its content.

The feedback receiver is expected not to comment on the feedback. This is another basic rule and at the same time an art that even professionals who actively solicit feedback often find difficult.

The feedback rules are often not followed. The feedback giver forgets the attractive packaging and criticizes without restraint, which pushes the feedback receiver into a corner. The feedback goes unheard, only negative messages arrive, such as:

Negative feedback can lead to defensive attitudes and endless discussions, especially among people who are not very willing to change. Breaking through a thick “armor” is sometimes difficult and requires a lot of empathy and sensitivity – and is sometimes even impossible.

Despite all the positive aspects, feedback has other weaknesses if it is not given consistently according to the rules: People often forget that feedback should be judgment-free. Formulations such as “right” or “wrong”, “good” or “not so optimal” are then used for feedback on behavior. The Croc Brain consequently translates “not so optimal” directly as “bad”. Another feedback lapse: “You always do this or that”. Immediately the Croc Brain is highly alarmed, a further processing of the impulse is immensely impeded.

This creates a teacher-pupil situation. The feedback giver evaluates the feedback receiver one-sidedly. This is also unavoidable in the case of constructive feedback practiced in companies. Very few people pay attention to a value-free formulation, which only has something to do with the effect on the person giving the feedback. Feedback is therefore firmly coupled with communicative competence.

Another important characteristic of feedback is that it refers to past behavior. Feedback addresses failures and problems in the past and is thus only secondarily directed toward the future. In the case of the wish for the future, feedback is didactic: I tell you what I wish for and how, so that the situation becomes better in my eyes.

An alternative, or supplement, directed towards a better future is feedforward, as described by Marshall Goldsmith. Feedforward is designed to use mathematics instead of didactics: I ask you how you envision yourself changing.

The action here starts from the feedforward taker who wants to change a certain behavior IN THE FUTURE. He/she describes the goal and asks the feedforward giver for two suggestions on how to achieve this (new) behavior in the future. The Feedforward taker thus consults the giving person but makes a completely independent decision.

The focus is directed forward. The focus is on actions and solutions, not on problems. We can no longer change the past. The task is to shape the future. For this, one’s own “blind spots” (= what the other person believes to know about me, but which I do not perceive in myself) must already be illuminated – and then the view into the better future needs to be directed.

An empathic combination of measured feedback, in connection with feedforward, leads to a directional future, which brings the feedback/feedforward taker into the role of the proactively acting person. By combining the two tools, teams or organizations achieve a true qualitative culture of feedback.

So, if we take the demand for agility and taking responsibility seriously, there is not ONE method that will take us further in communication, but method diversity and the courage to try it out.

It is important to constantly expand the tool box suitcase and adapt it to the respective personality and the specific situation and to use or combine the tools that currently help.

Constant development, readiness for change and looking in all directions are some of our own challenges as facilitators, trainers and coaches. We offer orientation in a future with increasing digitalization, change and complexity.

Want to join the discussion?
Feel free to contribute!