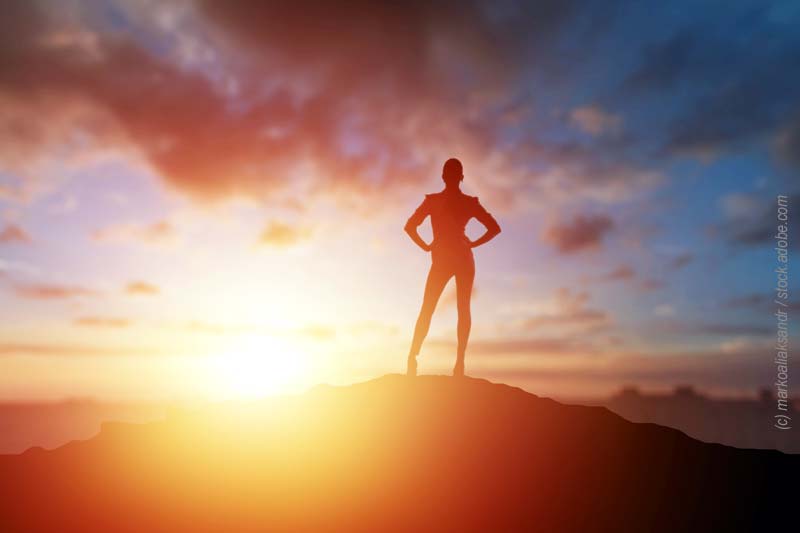 When I talk to CEOs, they are often looking for qualified women for supervisory board positions or for management. It’s not just a matter of meeting political targets. It is simply necessary to get more women into management positions. Diversity is one of the key factors in the “VUCA world“, where volatility, uncertainty, complexity and ambiguity are increasing constantly. Companies in a complex environment, where rapid adaptations and innovations are necessary, will hardly survive if their leadership is purely white and male. This realization should slowly have reached all levels of companies with future aspirations.

Why, nevertheless, do (too) few women become C-Suite executives?

Unfortunately, that’s the way it goes. If we first have to be continuously encouraged to apply for a leadership position instead of actively reaching for it, things get tight. To do that, of course, we have to know what we want – and what we definitely don’t want. It’s worth investing time in your own development. Female business coaching can help you to take a clear position or a mentor program or even a women-in-leadership seminar. But all this only works if the urgent desire is there in the first place: to make clear decisions and to take responsibility for them. In doing so, you have to endure conflicts and resistance, because you can’t please everyone anyway. If this doesn´t appeal to you, you won’t be happy in management.

Yes, many do want to. And even more can do it once they have decided to go for it. And we need more female communication. The time has come. Women are often more communicative, more empathetic, better listeners, and more likely than men to accept and integrate the ideas of others. Of course, there are men who are good at this and women who are not good at all. But it’s not a coincidence that women are more likely to enter social professions. Very many women are simply excellent at these skills.

With the “the boss knows best” leadership of yesterday, digitalization can´t be managed. Anyone who claims that they can even begin to oversee everything today may have a firm belief in themselves, but a far too small field of vision and ultimately no idea what is happening around them.

Today, employees want to have a say and shape things. And if they don’t get the space for that, they’ll switch jobs. The best and the younger ones are especially prone to that. They then leave their manager, not the company. Ambitious goals can no longer be achieved with managers who are like bottlenecks, who let very little through. Today, we need fewer elbows and more communication skills in management.

So, for those of you who perhaps don’t dare to do it today, but actually should: Look at it as your social obligation to make a strong case for a leadership job. Otherwise, someone else will do it, probably a man. And the question is – will he be better at it?

Procrastinating and then being angry that you didn’t apply for the management job won’t help you at all.

Want to join the discussion?
Feel free to contribute!

© terovesalainen /stock.adobe.comFeedback and Feedforward – Looking to a positive future
Scroll to top